Charlie was heading to Oban today so I hitched a ride as far as Fort Augustus and rode back. I’d never cycled up from Fort Augustus before and have been meaning to take on the big climb for ages. On the last Sunday in April each year this forms the King of the Mountain section of the closed roads Etape Loch Ness sportive. 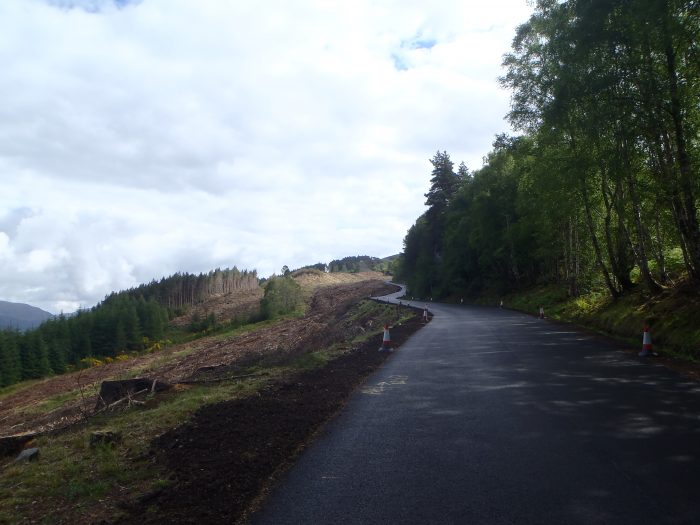 The weather was bright and dry, temperature was around 65F / 19C and there was a steady breeze from the south-west, perfect!

The climb starts straight away so there’s no chance for a warm up but at least I was tackling it fresh. There has been a lot of timber extraction recently which has left the hillside scarred but the upside is that the views of Loch Ness are much better. It’s good to see the completion of the new path which will bring an off-road Loch Ness 360 cycle route much closer. 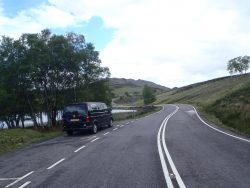 It’s a 1200ft climb over 5½ miles but the gradient isn’t too severe and there are a couple of respites.

After Loch Tarff the summit Suidhe viewpoint is soon in sight. The views at the top are really stunning. 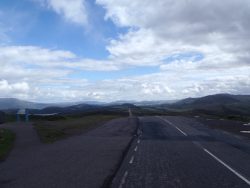 There are various great cycling routes back to Inverness from here but I decided not to drop down to Loch Ness at Foyers and headed past Loch Mhor then turned left at Croachy to ride past Loch Ruthven and Loch Duntelchaig (after an abortive recce down the Abersky road). 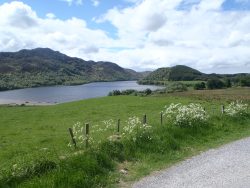 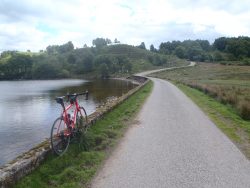 It was great to travel so far in one direction without looping back towards the start and into the wind. We’re up and down to Fort Augustus fairly regularly so if you’d like to ride this route too, let us know and we should be able to offer a good value transfer. It might be good to extend the route and start at Bridge of Oich for a bit more of a run-up to that climb.

Route, elevation profile and more pictures on our Strava.